Who says Winter in Knowlton Lac Brome is no picnic!

Sunday February 11th:
Guest speaker is the President of North Country Underground Railroad Historical Association Don Papson will give a lecture on the Lake Champlain Corridor Passageway to Freedom.
Sunday February 18th
Hisorian and archiviste Denyse Beaugrand-Champagne will give a lecture on Salvery in New France and the Angelique Story. Denyse Beaugrand-Champagne is the author of the book “Proces de Marie-Josephe-Angelique”
Febrary 25th
Come and share Robert Gailbraith and members of the St. Armand Historical Society as the discussion turns to the Black community of Phillisburg and St. Armand.
Refreshments are always served during the series and admission is by donation to the Missisquoi Historical Society. For more information on the lecture series or the historical society call 450-248-3153

February 17th
Historical Lecture Series
Featuring Jimmy Manson. The topic of Jimmy’s lecture is: ” Class before race: French-Canadian Nationalism as seen by English Speaking Townshippers During the Duplessis Years” This is sure to be an interesting discussion. The event starts at 1 pm and will be held in the Old Court House at 15 St. Paul street in central Knowlton. For more information call 450-243-6782.

It’s time to start thinking of the Summer 2007 Soccer season in Brome Lake and the registration will take place from 6:30 to 8:00 pm at the Community Center on Victoria Street. Parents are asked to bring a photo of their child or children as well as a cheque for payment. Registration fee is $80 for seven players per side or $90 for eleven players per side. Late registration will take place on the 23rd but to avoid the late fees it’s better to register for soccer on time. Better yet, call ahead to the cenetr at 450-242-2020 and get all the details about signing up for soccer. There is no guarantee that all players will get placed on teams so register early. The kids love soccer so make sure you take the time to get them signed up!

Cinema Series & Movie Listings
Yes we have movies in Lac Brome! Come see it on the big screen with your friends and neighbours the way people did before DVD players and cable TV!

Sunday February 18th at 5 p.m.
The Last Trapper (documentary 2006)
On an incredible Canadian “White Odyssey” crossing 8,600 kilometers by dog-driven sled from Alaska to Quebec, filmmaker Nicolas Vanier met Norman, a modern-day Jeremiah Johnson—a Davy Crockett for a world that has forgotten its past.

Norman, 50, lives in the Yukon woods with a Nahanni Indian woman named Nebraska. A long-time trapper, he doesn’t need society’s luxuries. He has his dogs and he eats what he hunts or fishes. He handmade his sled, his rackets, his hut and his canoe with the wood he gets from the forest. Leather is tanned by Nebraska for him in the old way, as the ancient Sekani Indians did. Hunting lynxes, beavers, martens, wolves and wolverines provides the rest.

Each spring, he goes to Whitehorse or Dawson to sell furs and buy sundries: cigarette tobacco, ammunition, traps, flour, matches, candles and batteries for his radio. He travels with his dogs. They are silent and allow him to gaze undisturbed at the majestic landscapes he crosses. That is what makes Norman trap. The Great North is in him, and Nebraska carries it with her, in her blood, because the boreal forest is her people’s mother.

The audience gets a day-to-day portrait of a pure spirit, existing in accord with his environment, and living respectfully off the lives of fellow creatures.

Courtesy of Mary Bogdan, Madonna & Child 1, Mixed Media, 79 X 57 cm
Arts Sutton Gallery in Sutton presents an exhibition of current works by Mary Bogdan and Ted Yudelson which deal with the theme of change or the hope of change. The two artists address the issue of personal evolution in their own unique way through their encounter with the creative process. Within the moments of incidental illuminations that occur along the way, each discovers hope for metamorphosis, leading to transformation and ultimately…click here to read more and get information on the exhibit

Music
February 18th in Dunham
Matt Forand & Robyn Hughes
This folk blues duo will be playing acoustic music starting at 8:30 pm, tickets are for sale at $10 each. They are playing at Playing at Brasseurs & Frères inc. 3809, rue Principale, local 104 in Dunham. For more info (450) 295-1500 or visit Brasseurs & Frères at www.betf.ca

February 9th – March 12th
Arts Sutton Exhibit
Arts Sutton Gallery announces the official opening of Sanctuaries, an exhibition of recent works in photography by Montreal artists Éric Dupuis and Sol Lang on Saturday February 9th. The vernissage will be held on Saturday, February 16 at 2 pm, with the artists in attendance. The exhibition continues until March 9, 2008. In the figurative sense, the word sanctuary means “protected, closed, secret, sacred place” (Petit Robert, 2004). This is without a doubt what these two artists want to express. Find out more

February 16th
Winter Lecture Series
Historian Jim Manson presents: “Narcissa Farrand and the Pettes Memorial Library”
Narcissa Farrand (Mrs. Nathaniel Pettes), 1821 – 1912, is recognized as one of the leading philanthropists of Brome County during the 19th century. She was responsible for building and financing the first free libraries in the province of Quebec including the Pettes Memorial library in Knowlton. Presented by The Brome County Historical Society in the Old Court House, 15 St. Paul Road, Saturday at 1:00 p.m. Information: 450-243-6782

Winter is For The Kids Whenever Mother nature blesses the Eastern Townships with a season of more snow then average it is a dcelebration! The kids, and some grownups, often take the crazy carpets and toboggans and find a snow hill or build their own mountain of snow for sliding!

Throughout February
While Knowlton tends to slow down like many Canadian villages do in the winter there are always reasons to visit! There are great restaurants and stores and shops to visit in Lac Brome and since we are so close to popular ski areas like Bromont, Sutton and even Vermont ski areas there is always something to do in our small town.

Just relax and stop over in a bed and breakfast and enjoy the recreation in our area featuring skiing, hiking, snowshoeing and of course the evr popular activity of enjoying a bottle of wine and a good DVD.

Knowlton has every possible amenity for visitors including a post office, library, restaurants with wifi service and about the friendliest people you will ever meet!

February Lights Quiet evenings in Lac Brome is when the shimmering and twinkling lights in the trees and from the windows are the best calming drama anyone could ask for. Visiting Knowlton during the short days of winter offers another viewpoint to our wonderful region.

February 24th
Mayor’s Annual Brunch & Dinner
Come and enjoy a delicious brunch or a traditional roast beef dinner in support of the BMP Hospital. Brunch seatings at 10:30 a.m. and 12:30 p.m. Tickets: $20 adult, $10 children under 12. Dinner at 6:00 p.m. Tickets: $25 adult, $10 children under 12 Tickets available at Edward’s Store and Auberge West Brome in West Brome; the Community Center and the Town Hall in Knowlton; at the Town Halls of Abercorn and Sutton; and in Cowansville at the BMP Hospital or from the BMP Foundation offices. For further information refer to www.bmpfoundation.ca or phone Paula Richardson at 243-5715 or George Bristol at 450-263-6176 or BMP Foundation offices at 450-266-5548. Brunch and dinner held at the Auberge West Brome,128, Route 139, West Brome.

Ice on Mill Pond reflects our lovely Church.
February Lights Quiet evenings in Lac Brome is when the shimmering and twinkling lights in the trees and from the windows are the best calming drama anyone could ask for. Visiting Knowlton during the short days of winter offers another viewpoint to our wonderful region.
More Photos & Pictures

February 9th – March 12th
Arts Sutton Exhibit
Arts Sutton Gallery announces the official opening of Sanctuaries, an exhibition of recent works in photography by Montreal artists Éric Dupuis and Sol Lang on Saturday February 9th. The vernissage will be held on Saturday, February 16 at 2 pm, with the artists in attendance. The exhibition continues until March 9, 2008. In the figurative sense, the word sanctuary means “protected, closed, secret, sacred place” (Petit Robert, 2004). This is without a doubt what these two artists want to express. Find out more

The Granby Zoo in Winter
Every weekend until February 15th
Knowlton is lucky to be situated so close to all the best of the Eastern Townships and the Granby Zoo is one attraction that shouldn’t be missed. This is the second year of the Granby Zoo being open for a brief time during the winter nd because of the success of 50,000 visitors last year the Zoo proven that it is one of the top attractions in the area.

Several species shown at the Zoo were selected in accordance to their resistance to the cold, since winter in Quebec is usually quite rigorous. We tend to forget that some Asian and South American regions have temperatures that drop below the freezing point for several months of the year. Granby Zoo houses Asian species that have adapted very well to Quebec winters: snow monkeys, Amur tigers, snow leopards, yaks, Himalayan thars, Asiatic black bears, etc. Llamas, alpacas and Andean condors also encounter cold weather on South America’s highest peaks. These animals remain outside during winter and are a beautiful sight to behold in the snow. 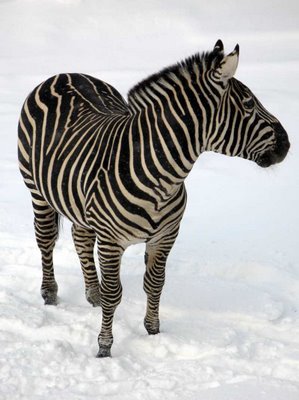 Went to the Granby Zoo today. Nothing like visiting a Zoo in February when it’s 20 below zero. The Granby Zoo has a winter program until February and since they have a few animals that can stay outside even in the cold we thought we’d drive out to enjoy the Zoo; we had gone in the summer time but since DD and I both had the day off together she thought it would be fun to go to the zoo! We first stopped to see the Elephants. They were in their indoor shelter due to the extreme cold. It resembled a surreal prison with large wide white bars caging in the two Elephants; one is named Doudoune and the younger one is Sarah. When we got there it was feeding time and the keeper stretched what looked like a slinky between the elephants. This is an electric fence to keep the elephants from grabbing the other ones bale of hay… Read more at TripSister.com

February 16th
Winter Lecture Series
Historian Jim Manson presents: “The Harriet Baker – Kenneth Erskine Correspondence”
“The Harriet Baker – Kenneth Erskine Correspondence” Harriet Baker is best known as the sister of Eastern Townships’ war hero and Member of Parliament George Harold Baker but this cosmopolitan and articulate woman was a champion of peace and justice in her own right. Miss Baker spent most of the 1930s travelling throughout England and France. Her letters from Europe were addressed to Kenneth Erskine, her friend and tenant at Glenmere on Baker’s Pond. The letters include many poignant references to her late brother. Presented by The Brome County Historical Society in the Old Court House, 15 St. Paul Road, Saturday at 1:00 p.m. Information: 450-243-6782

February 28th
Winter Lecture Series
Historian Jim Manson presents: “Illustrious Women of the Eastern Townships”
“Illustrious Women of the Eastern Townships” In 1930 the Women of Canada Publishing Company published a book entitled Women of Canada which celebrated the achievements of outstanding Canadian women during the first three decades of the 20th century. The book contained the biographies of no less than 20 women who lived or had been born in the Eastern Townships, a remarable figure for an area with such a modest population. This lecture will examine the lives of the 20 women featured in the Women of Canada from a historical and sociological perspective. Presented by The Brome County Historical Society in the Old Court House, 15 St. Paul Road, Saturday at 1:00 p.m. Information: 450-243-6782